From an old sugar beet distillery founded in 1881 with a rail spur still in operation, the plant was purchased in 1900 by William Augereau, resident engineer in Pons, owner of the Castle of Riddles, who set up a factory mounting on safety in railways.

In 1918, the Company and Westinghouse brake signals and establishes, as part of its decentralization a plant material intended to equip the French railways. The plant in Pons is dedicated to the construction of Â material to transfer steam. This activity engineering is maintained until the beginning of World War II.

In 1940, the plant was ravaged in part by fire, but was quickly rebuilt to continue its industrial activity until 1948. Through his professional experience largely acquired in the field of steam, the company diversifies its production then extending to heaters for industrial and domestic sectors.


It was in 1961 that the Society of Mechanics and Boilers of Pons, the SCMP, which has just been created, acquires the premises. It was then that the WESPER brand was created for these new products

1970 - Airwell-Wesper develops a split unit separating the windows unit into two parts and became the first European manufacturer of split units. Implantation of the historic factory TilliÃ¨res-sur-Avre in Normandy.

1979 - After the two oil crises of the 70s, Airwell-Wesper develops the first pump air-water heat very powerful to be connected to existing oil boilers residential housing: Boom System (heat pump with a boiler). 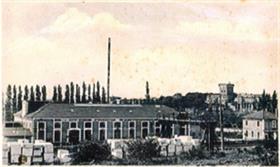 1918 - General view of the plant taken from the station

1988 - Airwell-Wesper is the first Western company to develop the Inverter system which varies the speed of the compressor, thereby modulating the temperature and achieving energy savings.

1998 â 2001 - The Group strengthens its position by acquiring plants in China, France (Wesper) and Italy. It further extends its distribution network in Argentina and Turkey.

2000 - Launch of a new range of heat pump air-water MCH Vivrelec 6.5 kW to 14.2 kilowatts that can transfer the calories found in nature within the habitat.

2004 â 2006 - In order to strengthen its market position, the Group opens an office in Russia and buys Polenz Klimatechnik Germany.

2013/2014 : After the launch of the Premiair air handling unit turbofan in 2012, Airwell-Wesper launches its range of high energy efficiency chillers. 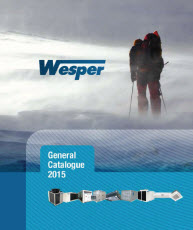